Some Facebook pages have reposted an old photo of Vice President Leni Robredo and former United Nations Secretary General Ban Ki Moon, along with captions about how she is planning to oust President Rodrigo Duterte with Ban. Another page, “Duterte Followers,” also shared the photo on July, which now has over 400 shares. It has the same caption with the other page. However, this issue is quite old. Robredo’s photo with Ban was taken in October 2016 during a chance meeting at the dinner reception after a plenary session in Ecuador.

When the photo was posted on social media, several pages jumped in to insinuate that Robredo was planning to oust Duterte with Ban’s help. Duterte has repeatedly slammed the UN and Ban for their stand against the human rights issues in the Philippines, particularly the government’s bloody drug war. However, the photo was merely a short, selfie moment between Robredo and Ban. Even Robredo herself talked about the meeting when she posted about it and the controversial photo on her Facebook page.

Robredo’s spokesperson, Georgina Hernandez, took to Facebook on October 21, 2016 to correct the misinformation and wrong assumption on social media about the photo.

Among the posts she labelled as a hoax was that of a certain netizen who accused Robredo of flying “to the U.N.” to meet Ban.

“While President Duterte was in Brunei with the Sultan and the Filipino Community, Leni Robredo flew to the U.N. to meet U.N. Secretary General Banki Moon sharing disinformation and lies about President Duterte’s government. Is she asking for UN blessing to unseat President Duterte? Why is she using taxpayers money for her destabilization drive against the government that’s paying her salaries and travel expenses?” he wrote.

advertisement
However, Hernandez said that Robredo flew to Ecuador as the “official head of the Philippine delegation” to attend the Habitat 3 Conference on October 17 to 20, 2016, which Ban also attended. As Robredo has said in her earlier post, she delivered the Philippine Country Statement on Housing and Sustainable Urban Development during the conference.

“Vice President Leni Robredo flew to Quito, Ecuador last weekend for the Habitat 3 Conference. She was the official head of the Philippine Delegation,” she said.

Hernandez added that the Office of the Vice President was “disturbed” over these “malicious” posts.

“We are disturbed that the Vice President’s official and work related activities are maliciously spun to reflect political agenda and self-interest,” she said.

In an interview, Hernandez explained that Robredo just took a chance to take a selfie with Ban.

Robredo also took a selfie with the Ecuadorian President Rafael Correa, as per the photos posted by the OVP website. 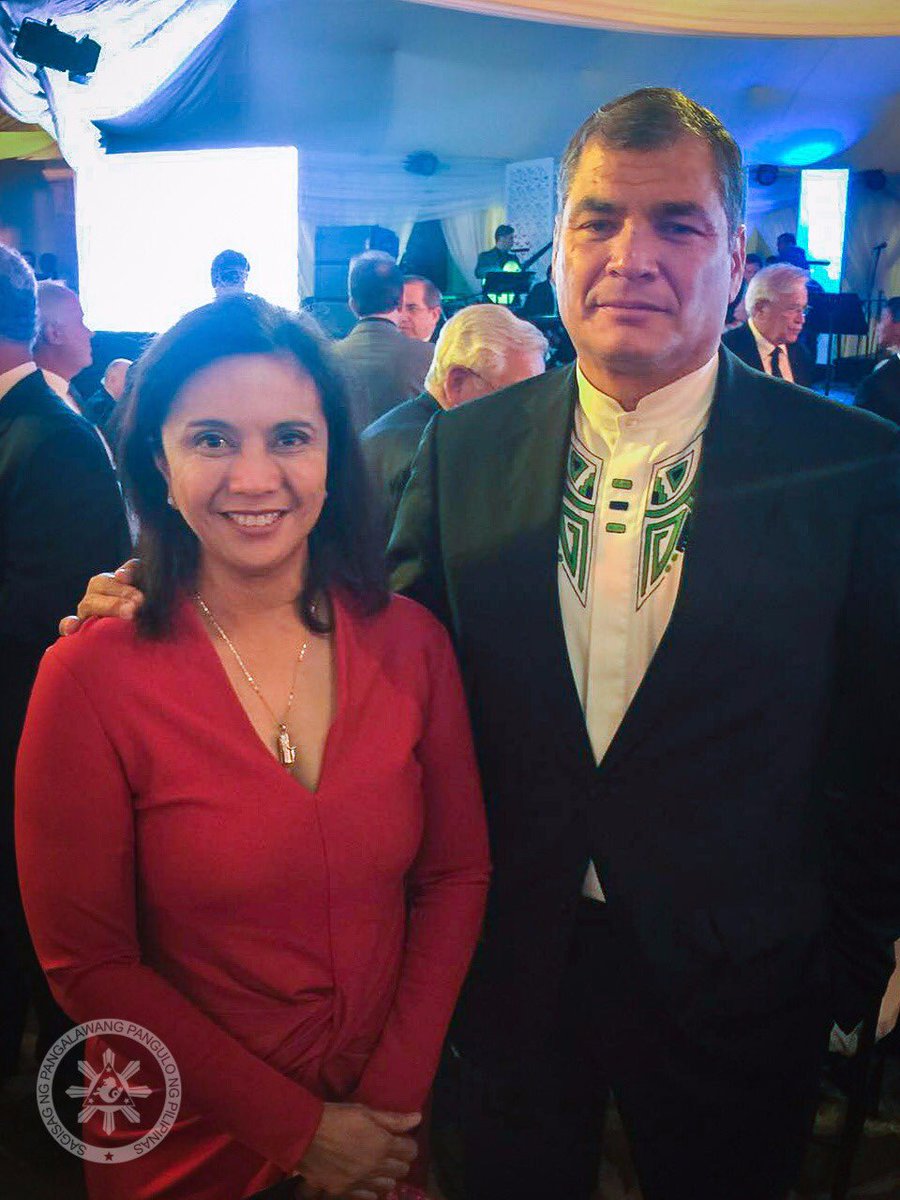 Robredo has repeatedly denied any role in efforts to oust Duterte. Slammed for criticizing Duterte, she said “criticism is not conspiracy” and that expressing opposing views was a “cornerstone of our free Republic.”        She also denied taking part in any impeachment plan against Duterte or participating in an anti-Duterte rally.