The Office of the Vice President released the letter she sent to the offices of Interior Secretary Ismael Sueno and PNP chief Director General Ronald dela Rosa on Monday, March 20. It contained Vice President Leni Robredo’s request for a few documents about the PNP’s anti-drug operations.
[ads2]
The letter was dated January 24 and addressed Sueno, with a note for a copy of the letter to be furnished to dela Rosa. It was received by both offices on January 30. 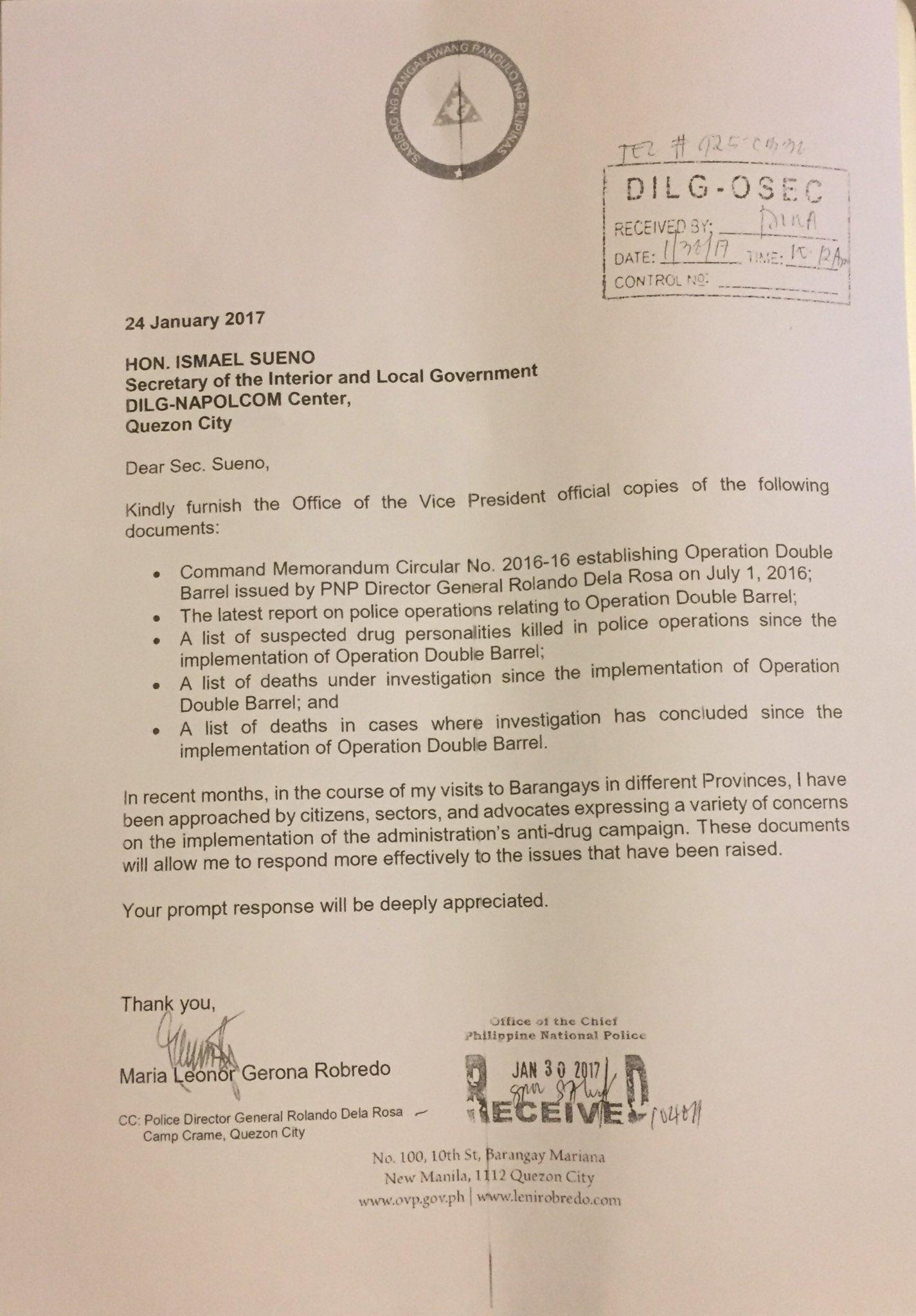 It requested that the OVP be furnished copies of documents including the following:

The letter also noted how Robredo, during her visits to different barangays in different provinces, has been approached by their representatives, who expressed concerns over the government’s anti-drug campaign. It added that the documents she asked would help her “respond more effectively” to the issues raised by the barangays’ representatives.

He added that he would have acted on the letter had he received it.

The PNP and the Palace reacted to Robredo’s recorded video message shown at the 60th annual meeting of the United Nations Commission on Narcotics Drugs in Vienna, Australia, wherein she slammed the government’s drug war and exposed what she said was PNP’s palit ulo scheme. They said Robredo was “misinformed” about the said scheme.

Dela Rosa admitted to the PNP having a palit ulo scheme but he said that it was unlike how Robredo described it.

Dela Rosa added that if Robredo’s version of palit ulo does occur, he said he will punish them himself.